In the days following Donald Trump’s inauguration as the 45th President of the United States, George Orwell’s classic dystopian novel rocketed to first place on Amazon’s best seller list. With how stuck in the 1980’s our gilded president seems to be, it was almost as though Orwell’s tale was finally going to come true.

I was in the Women’s March in NYC and saw the fervor among the protesters, and I listened to and read the foamy declarations from every liberal source. The consensus is that with the renewal of nationalistic and overtly racist political action coming from Trump cronies like Steve Bannon, the United States is on the precipice of becoming a failed state.

I have a confession to make. Up until this spring I’d never read 1984. In the first few weeks of the Trump presidency, it seemed as though each day lasted a week as the events unfolding made us all feel like 48% of the v 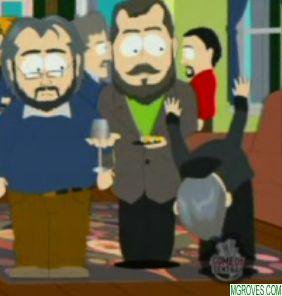 oters had thrust 100% of us into a four-year long reality TV show with Donald Trump as the main character. I tend to be just as skeptical of the vapid frothing that comes from hard-line Republicans as I am with the smugness of liberals.

This winter my dad gave me an old copy of 1984 and I sat down and gave it a read. Turns out not very many of the protesters had read it. Or if they had, they’ve got a really dark perception of current reality and need their snowflake privilege apps updated. The dark and diabolical nature of the state painted by Orwell in 1984 was terrifying. It reminded me strongly of Kafka’s the Trial.

When President Trump’s “Orwellian” Presidential Advisory Commission on Election Integrity sent a letter to all 50 states asking for voter data, most refused. At this point, I believe it is up to 46 states that have refused, after Chris Christie finally decided from his beach chair to join the other 45. The country painted in 1984 has no contact with the outside world – Donald Trump spent his day today bashing Barack Obama at the G20 summit.

I am not trying to downplay the struggle. Resistance to tyranny is our patriotic duty.

What I am reminded of regularly is how young and undeveloped our identity as a country is. Donald Trump does not threaten the fabric of our society. He certainly gives us challenges to overcome and his campaign succeeding says a lot about the systemic racism in our country that has existed since it began. But the prevalence of racism and deeply fragile worldviews that many of his supporters have isn’t new. When I spent a few months in 2012 working in Haines City FL I spent almost all of my time working out of the Holmes Funeral home. Claude Holmes Sr. had been the first Black mayor of the town in 1977. The funeral home was the cultural hub of the black community in Haines City. I quickly learned to start every volunteer recruitment call with letting the person know I was calling from the funeral home and that Deliria Holmes said hi. I pretty much never saw any white people in Ha

ines City during my 8 weeks working there. I was on the West side of town, and the white people all lived on the East side of the town. The separating line was the railroad tracks.

Seeing the divide so clearly during this job was my personal first taste of the rampant racism of whites in the South. [Of course there is plenty of racism up North too, we have our own variety in my hometowns of Philly and NYC.]

It is wrong to think that Donald Trump being elected means either we have descended from the idyllic heaven of Barack Obama’s presidency or that having a white man in the presidency ensures America is Great Again. I have a treasured copy of candidate Barack Obama’s address on race from March of 2008. It’s about forming a more perfect union. We are but one generation in a long, slow march towards the ideals of our founders.

It is each citizen (and immigrant dreamer)’s responsibility to shoulder the burden from the previous generation and work towards that vision. Big Brother is not watching, there are 330 million Americans and Big Brother doesn’t know or care much for individuals – it is hubris to think that Donald Trump will destroy America. Remember what the moral of Will McAvoy’s epic rant about how America isn’t the greatest country on earth? I do.